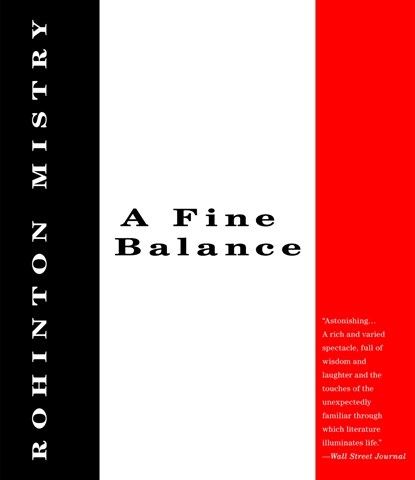 It is 1975 in an unnamed tumultuous Indian city by the sea. Four people--a determined widow with a precarious sewing business, a young student who boards with the widow, and two tailors who have fled the caste violence of their native village--are thrust together. As they struggle to survive, they reveal a depth of spirit that belies their mistreatment as low-caste citizens. Winner of the Los Angeles Times Book Prize in Fiction, a Booker Prize finalist, and an Oprah Book Club selection, A Fine Balance has a Dickensian mix of compassion and narrative sweep. John Lee’s resonant Scottish-tinged voice carries the listener safely through the violent parts of the story while warmly celebrating the happy parts. His Indian accents color the characters beautifully. And--difficult for a male reader--even his women sound believable. A masterful performance. A.C.S. Winner of AudioFile Earphones Award © AudioFile 2002, Portland, Maine [Published: AUG/SEP 02]