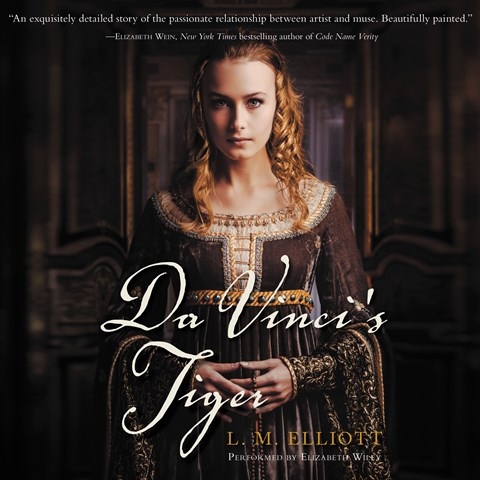 With this Renaissance-period novel, L.M. Elliott explores the brilliant world of upper-crust Florence, and the gilded cage it was for women. Narrator Elizabeth Wiley does a solid job for the majority of the narration, but when she gives voice to Ginevra de' Benci, she uses a high-pitched, aggressively girlish voice. Since Ginevra is the main character of the novel, this approach makes much of it a difficult listen. For some listeners, this character voice may not be a problem. But others will find it grating and immensely distracting from the fascinating world of Renaissance Italy and the life of Ginevra--particularly where it intersects with Leonardo da Vinci-- which is described so well by Elliott. J.L.K. © AudioFile 2016, Portland, Maine [Published: JUNE 2016]