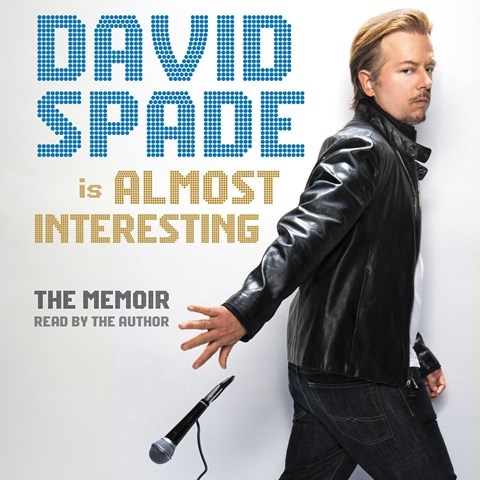 No one but David Spade should narrate his memoir—one of the funniest in years. You can almost see him wink and smirk as he talks about his six-year stint on “Saturday Night Live,” his fear of Eddie Murphy, and life on the road as a stand-up comic. Spade also performed on the television shows “Just Shoot Me” and “Rules of Engagement” and in a host of films, including “Tommy Boy” with the late Chris Farley. His stories about Farley are simultaneously heartbreaking and hilarious. But fame did not come easy to the fair-haired Arizona boy, who often found himself way over his head but who succeeded through his charm and quick wit. Listeners will enjoy the time spent with Spade. M.S. Winner of AudioFile Earphones Award, 2016 Audies Finalist © AudioFile 2016, Portland, Maine [Published: JANUARY 2016]