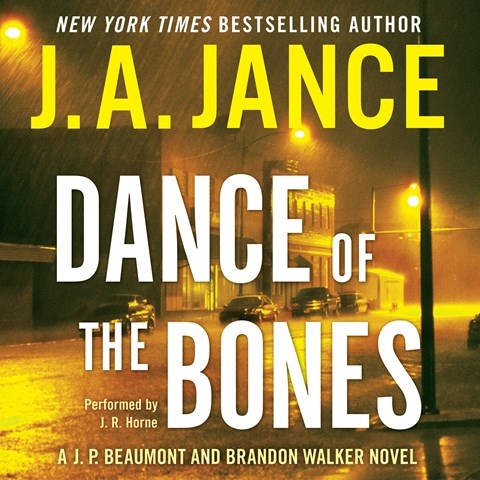 Jance's mystery, with its Native American backdrop set in the West, demands colorful portrayals of its many characters, but J.R. Horne's narration doesn't deliver. There are two big issues: Men and women aren't differentiated at all. And personalities, which could be shaped by a narrator's deft touch, are a bit flat. A young person, various people in distress, and many others become embroiled in the plot, which is tied to a serious falling out between a pair of friends years earlier. All the characters are poised for creative voices, but the narration falls short. While sharp narration can perk up an average story, the opposite is also true. M.B. © AudioFile 2015, Portland, Maine [Published: DECEMBER 2015]