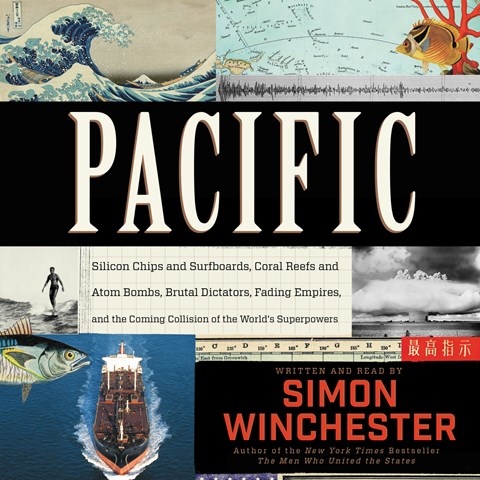 Simon Winchester has narrated his own books for years, and if his British accent sounds more throaty these days (he recently turned 71), it just gives him more authenticity as a well-traveled polymath with a gift for weaving disparate stories. In PACIFIC—his portrait of the unimaginably vast ocean—Winchester’s narrative playground is as large as it’s ever been. He takes listeners on a voyage that is, by turns, historical, political, meteorological, geological, and biological, covering subjects as diverse as atomic testing, the eruption of Mount Pinatubo and its aftermath, and the discovery of giant tube worms miles under the surface. As we expect from Winchester, the stories are peppered with anecdotes of his own adventures in many of these ports of call. D.B. 2016 Audies Finalist © AudioFile 2015, Portland, Maine [Published: NOVEMBER 2015]