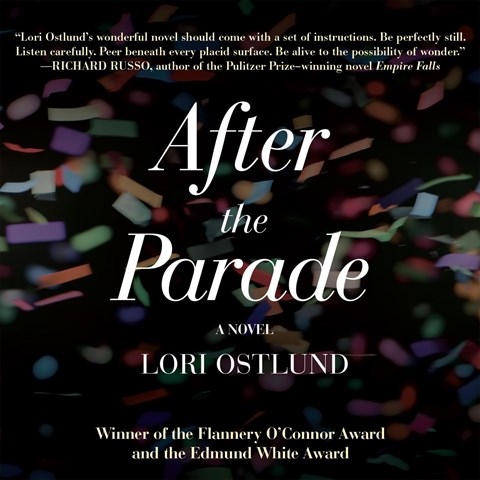 Sean Runnette empathetically narrates this debut novel about Aaron Englund, a sympathetic gay man who has been with his older partner, Walter, for many years. Aaron has always felt isolated and different from everyone else, and his story demonstrates how relationships and personalities are shaped by the various events in people's daily lives. After Aaron leaves New Mexico, and Walter, for San Francisco, flashbacks describe Aaron's childhood, especially his relationship with his mother after his father died in a freak accident. Slow and sad, the story unfolds at its own pace, and Runnette reads in a fluid cadence with steady pacing that pushes it forward. He only slightly differentiates characters in the rare dialogue. The small moments revealed in Aaron's life enable listeners to make sense of who he is and what's happened to him. Listeners will easily follow the detailed plot with its surprising humor and compelling minor characters, all aided by Runnette's thoughtful presentation. S.C.A. © AudioFile 2016, Portland, Maine [Published: JANUARY 2016]