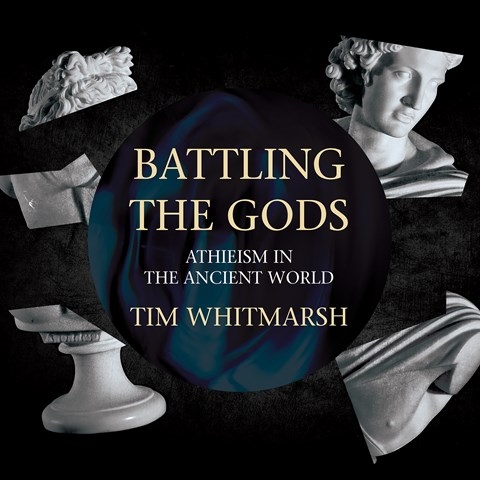 BATTLING THE GODS Atheism in the Ancient World

Whitmarsh offers an academic polemic that explores the first thousand years of documented religious skepticism and atheism. The Greco-Roman ancients, along with the pre-Socratic periods, are mined, as is early Christian history, proving that Western societies did not invent atheism just a few hundred years ago. James Langton's narration is fitting as his highbrow British accent and engaging tone further elevate the work's internal debates. With his deliberate pacing, Langton makes this rather stuffy treatise far more accessible than it otherwise might have been. © AudioFile 2017, Portland, Maine [Published: JANUARY 2017]