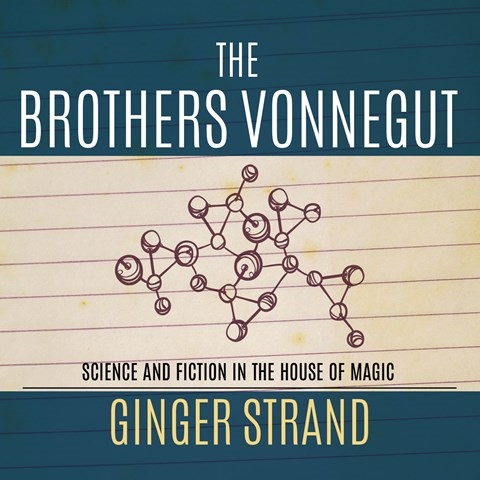 THE BROTHERS VONNEGUT Science and Fiction in the House of Magic

Most readers have heard of Kurt Vonnegut, Jr., best known for his novel SLAUGHTERHOUSE FIVE. But few know even the name of his older brother, Bernard, a scientist who is credited with developing the process for using iodide crystals to seed clouds for rain. This work portrays both their lives in parallel chronologies. Sean Runnette delivers a solid, engaging narration. His conversational tone makes listening smooth and easy to follow. For example, when the author jumps abruptly from one brother to the other or even to a third person, Runnette pauses appropriately, allowing the listener to mentally make the shift. He sets off the few direct quotations with pauses, as well, again offering helpful aural cues. R.C.G. Winner of AudioFile Earphones Award © AudioFile 2016, Portland, Maine [Published: JANUARY 2016]