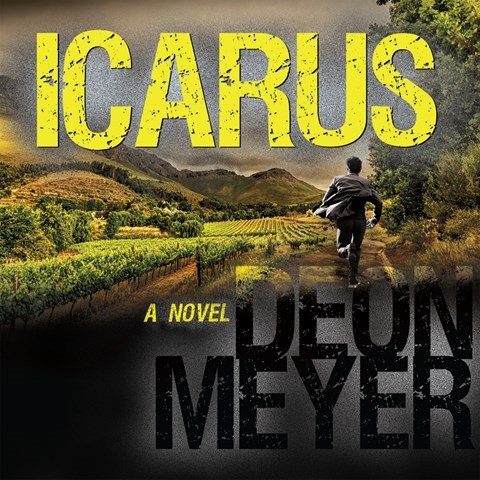 The sublime voice of Simon Vance enhances this fascinating story, Book 5 of the Benny Griessel series, which takes place in South Africa. Two compelling scenarios are dramatically presented and merge only at the conclusion. Vance inhabits vintner François du Toit as he tells his riveting story; on his property was found the body of Ernst Richter, the founder of MyAlibi, a company that serves those who want extramarital "adventures" without the risk. Listeners will learn that the alcoholic Griessel is back on the booze after a traumatic incident, and his reluctant partner is covering for him and heading the murder investigation. Vance skillfully re-creates South Africa's melodious voices and diverse accents as the police question multiple witnesses and suspects. The shocking climax is as timely as today's headlines. S.G.B. Winner of AudioFile Earphones Award © AudioFile 2015, Portland, Maine [Published: DECEMBER 2015]