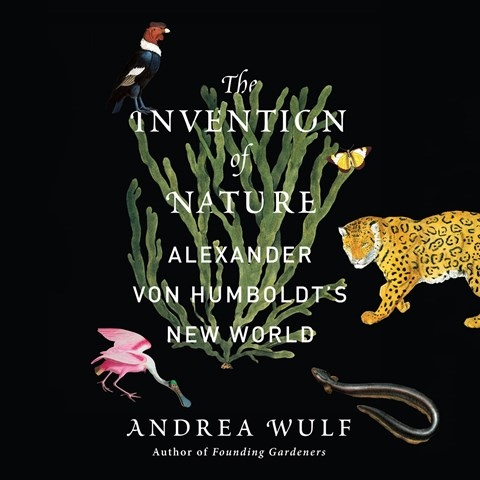 The slight, distinctive burr in David Drummond’s voice makes him a natural reader for adventure fantasy, but maybe more a matter of taste for historical biography such as this. Either way, this masterful “life and times” of one of the nineteenth century’s eminent naturalists, explorers, and international celebrities will appeal to a wide audience, and deservedly so. In America, Alexander von Humboldt is, or up until now has been, almost forgotten. Yet any number of rivers and countries commemorate his name, and he originated many of the ideas of the interconnectedness of nature that prevail today. As she does in her wonderful BROTHER GARDENERS and FOUNDING GARDENERS, Wulf chronicles a history outside the distractions of war, politics, and national boundaries, where knowledge is pursued for its own sake, and shared by all. D.A.W. Winner of AudioFile Earphones Award © AudioFile 2015, Portland, Maine [Published: NOVEMBER 2015]