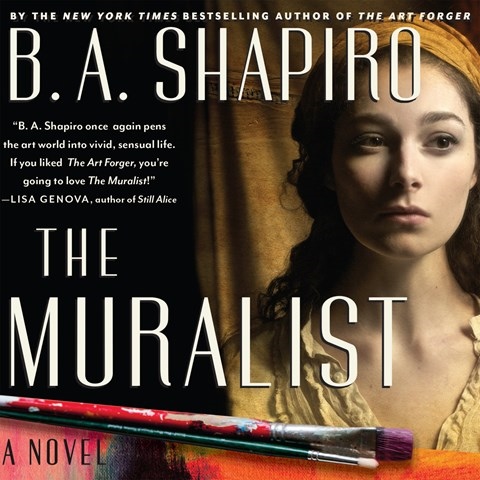 In this passionate tale of art, love, and war, Xe Sands captures listeners’ attention with authentic-sounding emotion and energy. In 1940, painter Alizée Benoit, who works for the WPA, disappears in New York City, and no one knows what happened to her. Seventy years later, her great-niece tries to find out. Through her verbal depictions, Sands presents a sublime understanding of the characters' feelings and motivations. From the great-niece’s determination to her aunt's desperation, Sands infuses every character with a unique quality. She treats the pre-war period with the same respect, producing an ocean of disconnect between continents—an air of scarcity in the United States, a frenzy of terror in Europe. When the story's Expressionist painters make use of color, texture, and dimension in their work, Sands varies her volume, dialect, and pitch to convey their creativity. The result is a masterful, gripping novel. J.F. Winner of AudioFile Earphones Award © AudioFile 2015, Portland, Maine [Published: DECEMBER 2015]