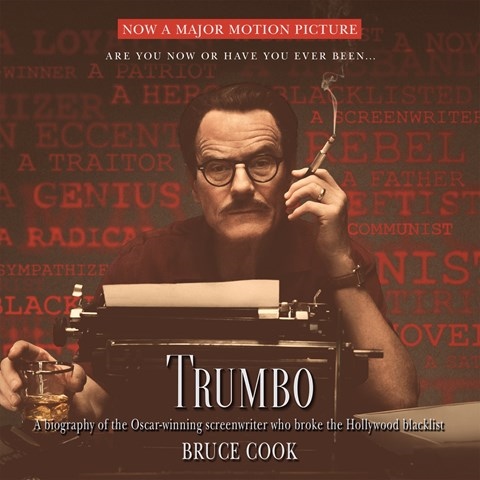 With the current release of the film TRUMBO, Cook's biography, originally published in 1977, has been reintroduced. Dalton Trumbo, who briefly dabbled in Communist politics, was a key figure on the Hollywood Blacklist of the 1940s and '50s. Director Otto Preminger effectively broke the blacklist when he revealed that Trumbo was the screenwriter of the 1960 blockbuster EXODUS. While the story of the intrigue and politics is fascinating and intense, Luke Daniels's well-paced, warm narration cannot supplant the pompous, egotistical, and highly gaseous writing. Daniels bloviates in a style that suits the overly dramatic content. He's adept at multiple voices, though his female voices are a bit of stretch. Excessive day-to-day detail of Trumbo's life grows old quickly. Larger thematic considerations are, sadly, left to the listener to consider. W.A.G. © AudioFile 2015, Portland, Maine [Published: DECEMBER 2015]