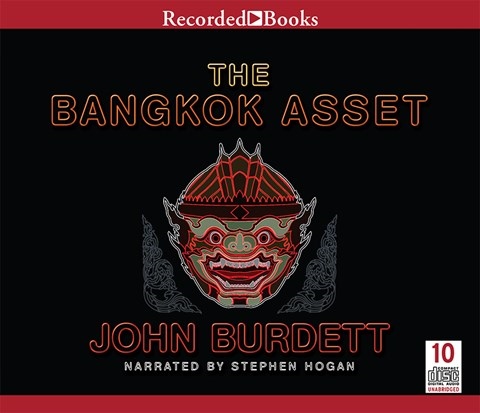 Steve Hogan returns to narrate the sixth audiobook in the Sonchai Jitpleecheep series. In this installment Burdett throws his Royal Thai Police detective into a science fiction plot. Hogan is tasked with delivering several different accents as Sonchai investigates a murder and stumbles onto an American secret--superhuman soldiers. As Hogan performs the accents, their frequent inconsistencies often lead to confusion in conversation. Aside from the accents, there are few distinctive differences between the characters. And with the exception of a young female inspector, most of the characters don't elicit much variation in emotion. Fans of the series may find enjoyment in this audiobook, but listeners should be prepared to let go of reality and to experience a flat reading. J.F. [Published: JANUARY 2016]