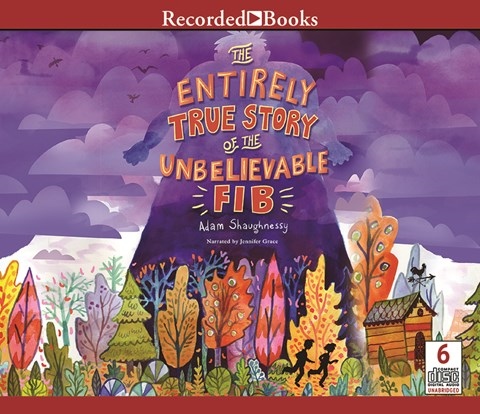 THE ENTIRELY TRUE STORY OF THE UNBELIEVABLE FIB

Narrator Jennifer Grace manages Norse mythology, amateur detectives, new friendships, and unbelievable characters in this middle grade debut. Pru seems to be the only one in town who received a strange card with a riddle. Now, with her new friend, ABE, and a mysterious man named Mr. Fox, Pru is using her detective skills to identify the strange beings that are taking over her town and learn why they're after the Eye of Odin. While Grace's narration doesn't offer much differentiation between characters, making it difficult at times to know who's speaking, she excels at pacing this mysterious adventure. Grace also hits all the right marks with emotion and is sure to reel in young listeners. S.B.T. © AudioFile 2015, Portland, Maine [Published: DECEMBER 2015]