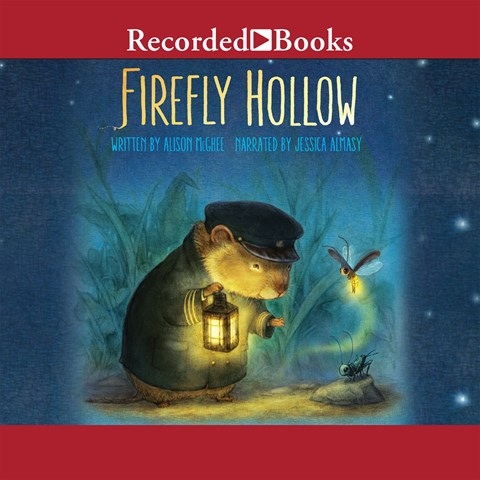 Despite warnings of the dangers of their human neighbors, two tiny creatures, Cricket and Firefly, boldly break the barrier and befriend a miniature giant, a boy named Peter. Jessica Almasy's narration bounces with the cheerful energy of youth and is accompanied by the loud "thump thumps" of the human giants. Listeners will cheer Firefly's successful attempts to perform challenging flying maneuvers and rally behind Cricket's attempts to catch dandelion fluff like baseball legend Yogi Berra. The insects join Peter and an elderly river vole in exploring new terrain and possibilities. Almasy delivers this charming tale with charming emotion, making it an ideal family choice. M.F.T. © AudioFile 2016, Portland, Maine [Published: FEBRUARY 2016]