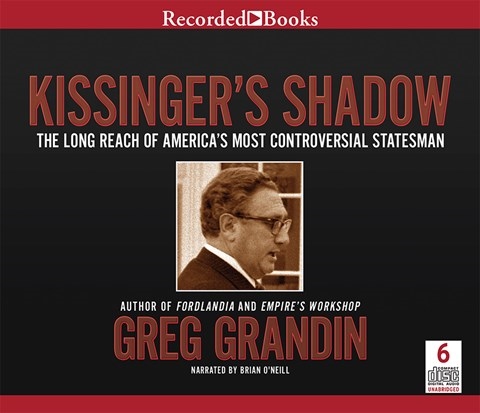 KISSINGER'S SHADOW The Long Reach of America's Most Controversial Statesman

In an audiobook this dense, it's vital that the narrator carry the listener along smoothly and engagingly. Brian O'Neill accomplishes this effectively. He varies his pace occasionally, keeping especially dry passages from becoming tedious. He varies his pitch slightly to add emphasis but not so often that it becomes distracting or inappropriate. With several well-known voices quoted, particularly those of President Nixon and Henry Kissinger, he wisely refrains from trying to imitate their voices. But in the end, O'Neill can't overcome the work itself, which, while highly informative, reads more like a political science textbook than a work for a general audience. R.C.G. © AudioFile 2015, Portland, Maine [Published: DECEMBER 2015]