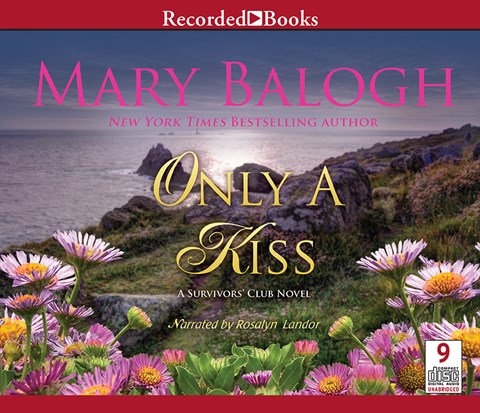 ONLY A KISS Survivor's Club, Book 6

Rosalyn Landor's narration sweeps the listener into the story of Percy, Earl of Hardford, and Lady Imogen. Imogen survived the death of her husband during the Napoleonic War. She is part of the Survivor's Club, along with others who suffered at the hands of war. Percy, however, has led a charmed life. Masterfully voiced by Landor, Percy invades Imogen's home after having inherited her husband's title. Landor evokes a smile as she reads how Percy is adopted by Hector, a stray dog. Landor's portrayal will make the listener want explore the other books in the Survivor's Club series. S.B. © AudioFile 2016, Portland, Maine [Published: JANUARY 2016]