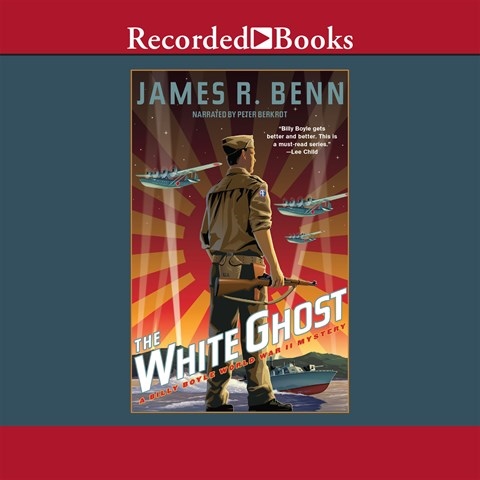 Narrator Peter Berkrot's clear, strong voice and consistent pacing capture the ambiance of this mystery, set in 1943. Billy Boyle, formerly a Boston police detective, now a military sleuth, goes to the Solomon Islands to clear up a murder mystery involving his old Boston nemesis, charming Jack Kennedy, recently skipper of PT-109. Benn provides a great story, part hard-boiled police procedural and part WWII tale with some real sensitivity for the plight of the often ignored native islanders. Occasionally, Berkrot's nasal tough-guy tone can grate. And no territory is more treacherous for the audiobook narrator than Boston accents. The extensive dialogue between Southie Billy and Harvard Jack may not please all Boston natives, but will serve the rest of us well enough. F.C. © AudioFile 2016, Portland, Maine [Published: FEBRUARY 2016]