Home»Reviews»THE BEST OF OUR SPIES 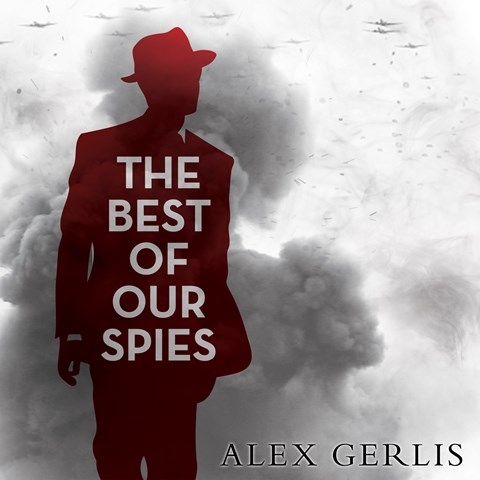 THE BEST OF OUR SPIES

John Lee's superb narration of this compelling, fact-based WWII espionage story perfectly illustrates why he's a Golden Voice narrator. British Royal Navy Lieutenant Owen Quinn's expertise with maps is valuable as the Allies feed disinformation to the Germans regarding the location of an important military landing. Lee's portrayal of the talented yet modest Quinn is flawless, and when he falls in love with French secret agent Nathalie Mercier, Lee precisely captures her cool detachment and mystery. As the story moves between England and France, Lee's many accents add authenticity. He conveys the shifting emotions of all the characters—including the spies—to create a realistic wartime atmosphere that carries listeners along. S.G.B. Winner of AudioFile Earphones Award © AudioFile 2015, Portland, Maine [Published: NOVEMBER 2015]