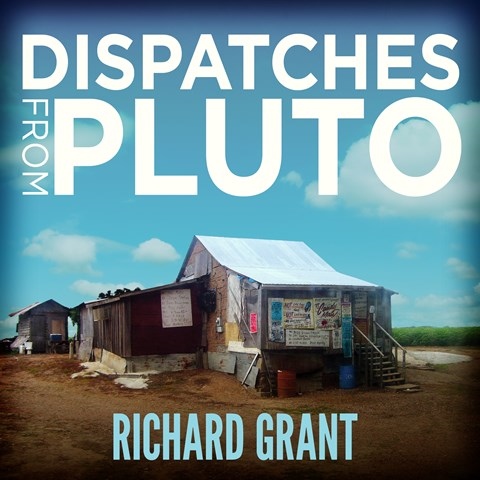 DISPATCHES FROM PLUTO Lost and Found in the Mississippi Delta

Englishman Richard Grant and his Arizona-born girlfriend make a decision that surprises even them: to move from their liberal circles in New York City to an old plantation house in a town called Pluto in the conservative Mississippi Delta. Shaun Grindell's British-accented narration is appropriate for this fish-out-of-water author, who gradually integrates himself into the community and ponders the complex race relations, history, and social norms of the economically depressed region. Grindell's voicing reflects the author's wonder as well as his almost anthropological approach to social interactions with his new neighbors. In stark contrast to his British accent, Grindell supplies a Southern accent for some of the locals Grant meets, which helps provide a feel for the sound of the region. S.E.G. © AudioFile 2015, Portland, Maine [Published: DECEMBER 2015]