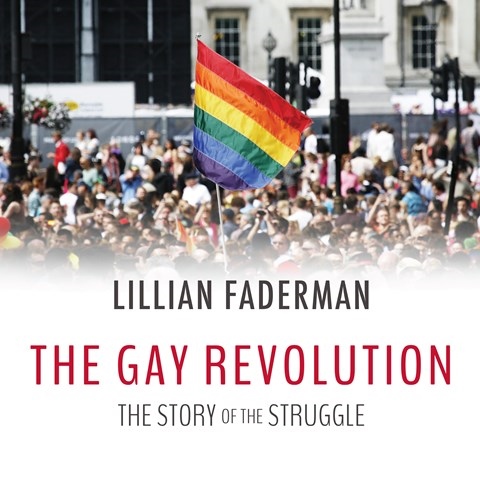 THE GAY REVOLUTION The Story of the Struggle

Faderman's comprehensive history of the LGBTQ movement stands as a fascinating, powerful, and impressive audiobook. As narrator for this massive production, Donna Postel delivers a consistent and lively performance throughout more than 30 hours of listening. She has a mature voice with a light rasp to it. The story provides in-depth and wide-ranging research, including interviews with many of the movement's influential people since the 1950s. Postel captures the tone and sometimes even the vocal style of many of the people quoted. In doing so, she avoids caricature and gives a sense of authenticity and sincerity to the production. L.E. © AudioFile 2016, Portland, Maine [Published: FEBRUARY 2016]