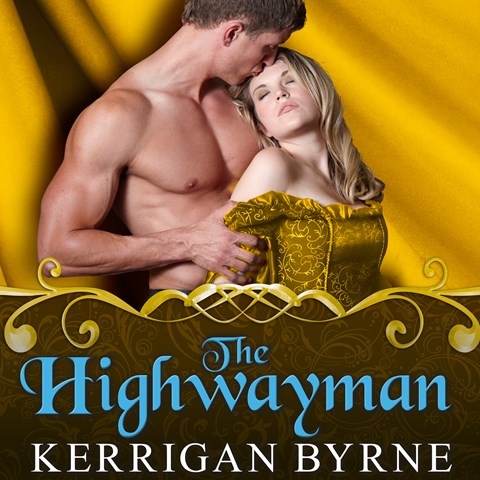 THE HIGHWAYMAN To Tempt a Highlander, Book 1

Derek Perkins’s gratifying performance brings out the paradoxes in highwayman Dorian Blackwell. Perkins’s rich English accent and deep, resonant voice convey a sexy hero who is intimidating yet civilized, rough yet gentle. It’s no wonder that spirited Farah Mackenzie finds herself attracted to the notorious outlaw even after he’s drugged and kidnapped her. Perkins’s command of accents and tone creates a cast of delightfully diverse characters such as Murdoch, the humorous Scottish manservant, and Frank, the slow-talking, dim-witted gentle giant who works in Blackwell’s kitchen. Perkins’s range of voices and timing makes for entertaining and telling repartee between the characters as well as adds to the suspense as the real villains of this romance reveal themselves. M.F. Winner of AudioFile Earphones Award, 2016 Audies Winner © AudioFile 2015, Portland, Maine [Published: SEPTEMBER 2015]