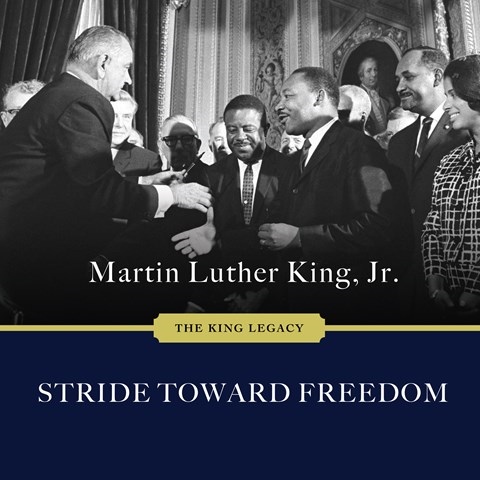 STRIDE TOWARD FREEDOM The Montgomery Story

JD Jackson narrates the story of the Montgomery bus boycott of 1955, the seminal event in Dr. King’s nonviolent movement aimed at desegregating the American South. The book details the events leading up to the boycott, revealing, among other things, that Rosa Parks was not the first African-American to refuse to sit at the back of the bus. Out of print until 2010, this book is rightly getting its long overdue first audio treatment. Jackson does the book full justice, narrating with assurance, style, and confidence. His silky smooth baritone accentuates the text, and his cadence reminds us of Dr. King at the height of his powers. Jackson reads deliberately, and although he’s narrating King’s words, he makes sure that he maintains his voice and his interpretation of the book. R.I.G. © AudioFile 2016, Portland, Maine [Published: FEBRUARY 2016]