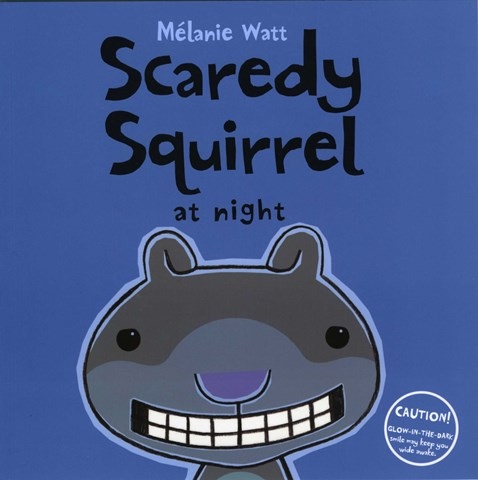 David deVries narrates the fourth Scaredy Squirrel adventure, recounting the schemes of the hero, who would rather stay awake than face nightmares with dragons, ghosts, and polka-dot monsters. DeVries's performance shifts dynamically and seamlessly where needed. In one moment he portrays the squeaky-voiced, overly dramatic squirrel who fears fairies and unicorns. Then, as the story's narrator, he whispers during a lullaby segment and becomes spirited after a brass band interval. DeVries's authoritative tone works well for the book's many how-to charts and diagrams. These are often laced with sarcasm, especially when Scaredy's extreme fatigue results in bizarre, ridiculous strategies. Even though deVries's reading is fluid, following along with the book is recommended. S.W. © AudioFile 2015, Portland, Maine [Published: DECEMBER 2015]