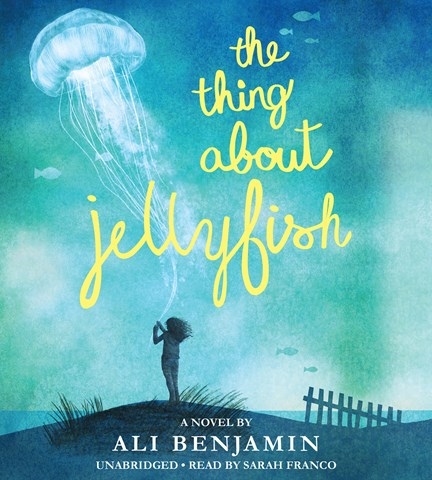 THE THING ABOUT JELLYFISH

Narrator Sarah Franco tackles middle school friendship and grief in this debut novel. After her ex-best friend dies in a drowning accident, Suzy is convinced her death was due to a jellyfish sting. Franco portrays a tender-voiced main character who is hurt and confused about the changes middle school brings. At times, her narration has a nasal quality, especially with the adults, and the various characters sometimes lack differentiation. There are also some production issues. Nonetheless, this is a touching story of friendship and the stages of grief. S.B.T. © AudioFile 2015, Portland, Maine [Published: NOVEMBER 2015]