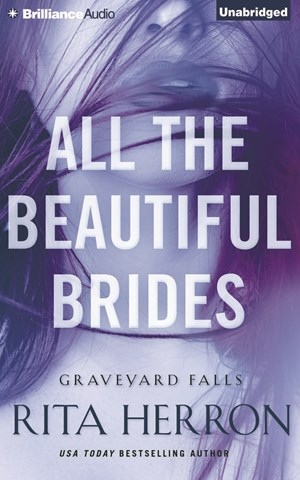 ALL THE BEAUTIFUL BRIDES Graveyard Falls

Eric Dove narrates this romantic suspense, which is set 30 years after a series of distinctive murders roiled the Tennessee town of Graveyard Falls. Called in to investigate a possible copycat "Bride Killer" crime, Special Agent Cal Coulter discovers that Mona Monroe, widow of his best friend, is also in the aptly named town, seeking to unbury some mysteries from her own past. As the "Bride Killer" continues to strike, Cal and Mona race to untangle the threads of the mystery while concealing some painful truths and coping with an unresolved attraction. The straightforward, measured narration is a good match for Herron's story. Dove capably differentiates male from female and Tennessee native from out-of-stater, and he's at his best voicing the hard-boiled gumshoe. T.M.D. © AudioFile 2015, Portland, Maine [Published: NOVEMBER 2015]