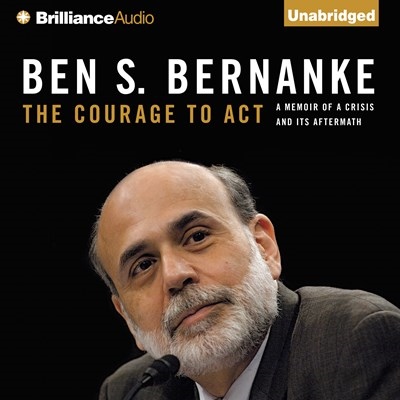 Listeners who have heard Bernanke speak may be surprised, or even put off, by narrator Grover Gardner's voice initially, but patience brings rewards. Gardner's easy pace and spot-on emotional rendering while navigating a thick volume of economic theory and political maneuvering makes for a tremendous listen. Bernanke's book provides another inside look at the decision making of the Federal Reserve chair who followed in the footsteps of the enormously popular Alan Greenspan during the recent financial crisis. Gardner's narration keeps the story grounded and helps enliven Bernanke as a person as he traces his path to the Fed, along with the details of each crisis as it unfolded. M.L.R. 2016 Audies Finalist © AudioFile 2015, Portland, Maine [Published: DECEMBER 2015]