Home»Reviews»THE EMPEROR OF ANY PLACE 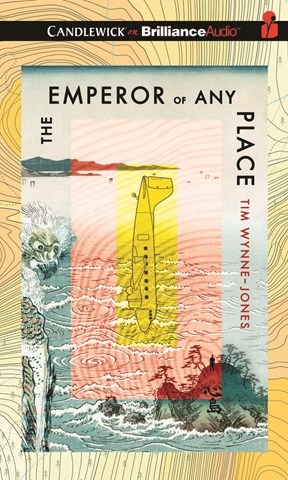 THE EMPEROR OF ANY PLACE

Narrator Todd Haberkorn transitions between characters, times, and places in an audiobook that weaves two narratives. Evan, a high school student, is stunned by his father’s sudden death and confused about a newly arrived book that seems connected to it. Haberkorn contrasts this somber numbness with a sarcasm that barely contains Evan’s fury when his caustic grandfather arrives. Haberkorn’s portrayal of the cantankerous 90-year-old ex-Marine is laced with unexpressed grief, a subtlety missed by his grandson. Evan finds comfort in the mysterious book, which recounts the story of a Japanese soldier and an American soldier who are stranded on a small Pacific island during WWII. Haberkorn gracefully enacts this story’s complexities, shifting between lightly accented Japanese and the soldiers’ fearful reactions to supernatural beings. Author and narrator bring the novel’s two strands together in a poignant climax. S.W. Winner of AudioFile Earphones Award © AudioFile 2015, Portland, Maine [Published: NOVEMBER 2015]