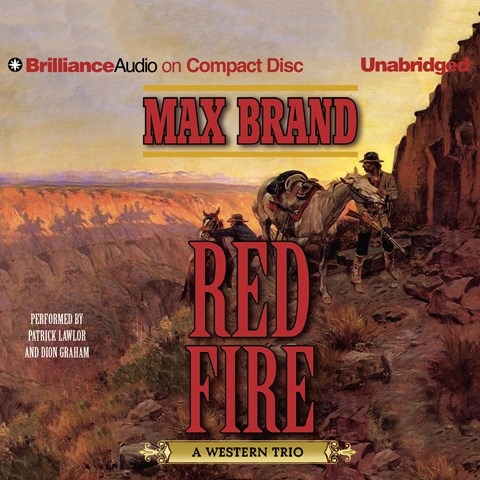 Both Patrick Lawlor and Dion Graham give contemporary listeners a fine opportunity to rediscover, or discover for the first time, why Max Brand rose to popularity as a raconteur who helped develop the Western as a genre. Both narrators complement character revelation and world-building by adhering to well-chosen pacing and voicing the affection Brand clearly had for his just-slightly-larger-than-life people. Brand's sense of humor is sly and remains engaging a century after he arrived on the literary scene. "Master and Man," featuring a black man who can outdo any of his white contemporaries on the frontier, is performed by Graham; Lawlor takes the performance of the jewel thief in "A Lucky Dog." The third story, "Red Fire," is less likely to appeal to contemporary listeners, who may squirm at the writer's early-twentieth-century depiction of Native Americans. F.M.R.G. © AudioFile 2017, Portland, Maine [Published: NOVEMBER 2017]