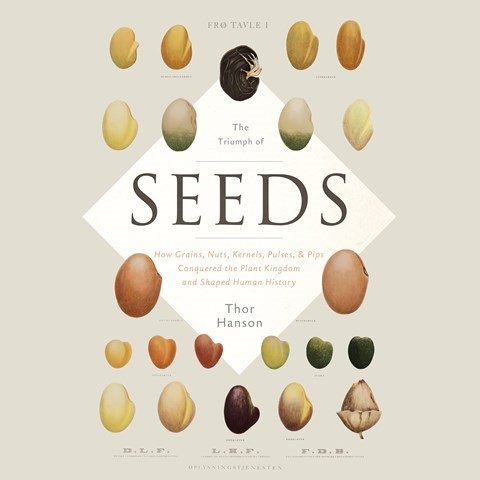 THE TRIUMPH OF SEEDS How Grains, Nuts, Kernels, Pulses, and Pips Conquered the Plant Kingdom and Shaped Human History

Botany, like calligraphy and sentence diagramming, may be among the subjects least conducive to audiobook adaptation. Thor Hanson brings color and a human face to the story of seeds--a story that has many hues and faces. Marc Vietor's mellow, upbeat narration adds personality and energy, and every chapter brings fresh information and insight. But somehow the pieces are disjointed. The listener who revels in the intricacies of sprouting one minute may be jarred the next by an extolment of seed oil as an emulsifier in fracking. At least Hanson's work is free from the tone of environmental despair that haunts the writings of so many other naturalists today. D.A.W. © AudioFile 2015, Portland, Maine [Published: NOVEMBER 2015]