Home»Reviews»WARREN THE 13TH AND THE ALL-SEEING EYE 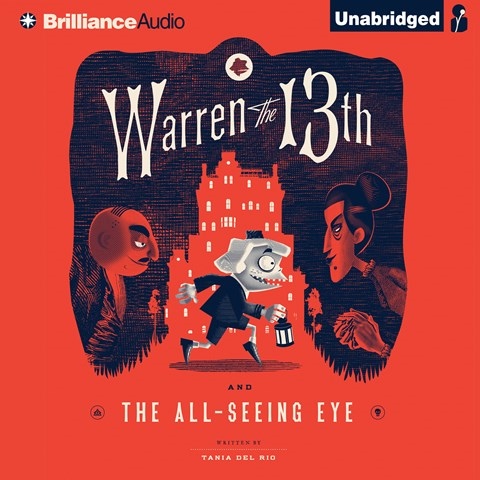 WARREN THE 13TH AND THE ALL-SEEING EYE

A musical introduction sets the stage as narrator Kevin T. Collins transforms the dreary, tired Warren Hotel into a site of animated and magical chaos. Twelve-year-old Warren, who practically runs his family’s business, must whip both the hotel and its high-maintenance staff into shape for the sudden arrival of peculiar guests. Collins savors his performance with long, drawn-out sounds that create a mood of mystery. Warren’s cheery, sometimes blustery uncle is vocally contrasted with his witchy and aptly named Aunt Annaconda, who has a cutthroat obsession with finding the “all-seeing eye.” Pitch and volume changes that capture the characters’ perilous predicaments as well as Aunt Annaconda’s devilish cackles are highlights of Collins’s delightful performance. M.F. Winner of AudioFile Earphones Award © AudioFile 2015, Portland, Maine [Published: DECEMBER 2015]