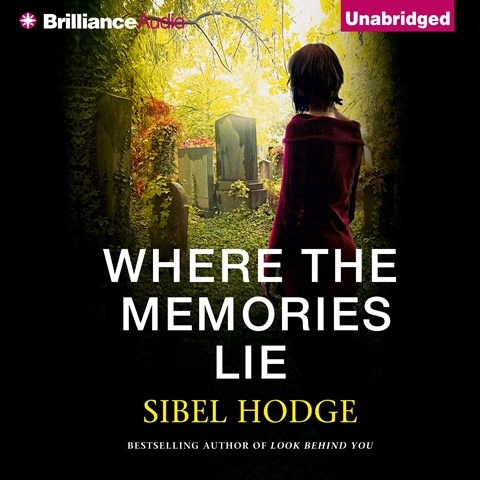 WHERE THE MEMORIES LIE

Anna Parker-Naples narrates this emotional story about a family's unraveling when its patriarch, Tom Tate, reveals a long-held secret after developing Alzheimer's. Olivia Tate, a devoted wife, mother, friend, and family member, is shocked when her father-in-law confesses to having murdered her friend, Katie, who disappeared 25 years earlier. Parker-Naples portrays a spirited Olivia whose sense of right and wrong prevails despite opposition from her family. Tom Tate sounds sadly like someone who is struggling with Alzheimer's; daughter Anna presents a contrast to the bleak story. Sparkling descriptions of the Devon countryside and its food add an atmospheric presence that keeps listeners fully engaged. S.G.B. © AudioFile 2016, Portland, Maine [Published: FEBRUARY 2016]