Home»Reviews»THE TIME OF OUR LIVES 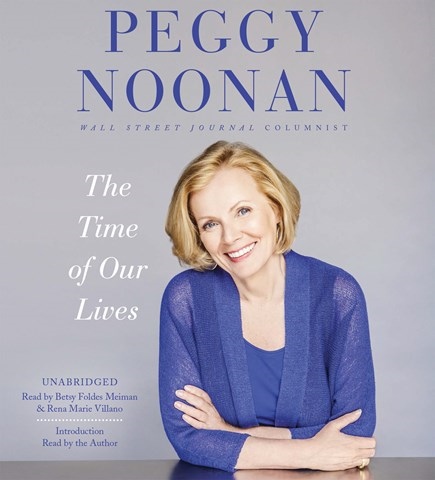 THE TIME OF OUR LIVES Collected Writings

The American conservative political revolution that took wing in 1980 made heroes out of politicians, thinkers, broadcasters, and Peggy Noonan--the journalist who chronicled its rise and influence. This audiobook contains her best writing about politics, life, character, and commitment to the cause. The narration of the book is a team effort. Noonan reads the introduction and does a credible job setting the book's tone. The rest of the chapters alternate between the bright, sunny voice of Betsy Foldes Meiman and the smokier, more atmospheric-sounding Rena Marie Villano. Both do a terrific job of interpreting Noonan's words, and each makes valuable contributions to the book's tone and message. The result is a fascinating jaunt through America's recent past and a set of ideas that will inform its future. R.I.G. © AudioFile 2016, Portland, Maine [Published: FEBRUARY 2016]