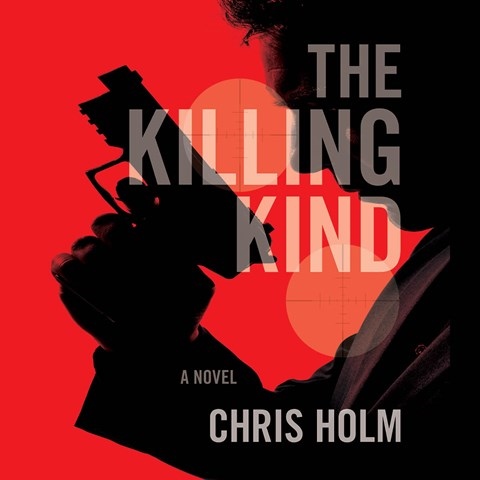 by Chris Holm | Read by Will Collyer

Narrator Will Collyer's no-nonsense voice is a great choice for this mystery about people who lurk in the shadows. At the heart of the story is Michael Hendricks, a former off-the-books, special-ops soldier who is thought to be dead. But Hendricks is alive and seeks to atone for his many sins by killing other assassins and saving those he deems worthy--for a price. Soon he finds himself a target as well. Collyer's gruff, straightforward approach fits a story of lost souls who inhabit both sides in this violent world. Some of his civilians, especially females, don't come across as fully credible, but most are tangential to the story. Time and action fly by in this riveting production. D.E.M. © AudioFile 2015, Portland, Maine [Published: OCTOBER 2015]