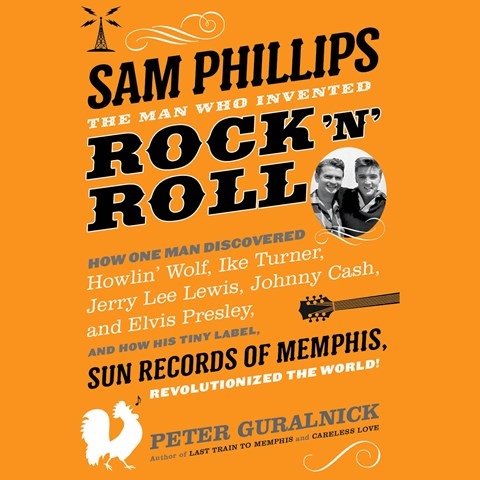 Narrator Kevin Stillwell deftly tells the story of Memphis legend Sam Phillips--the man who discovered Elvis Presley. Millions lay claim to having "invented" rock and roll, but, judging by this fascinating bio, Phillips has a stronger case than most. Recording both black and white artists simultaneously, Phillips and his tiny label, Sun, exemplified the whole notion of crossover. Long after Presley, Jerry Lee Lewis, Johnny Cash, and the other Sun legends left for greener pastures, Phillips remained a vital part of the Memphis scene--despite growing increasingly paranoid and eccentric--as this book's unwieldy second half makes clear. Stillwell doesn't try to imitate Phillips's presumed drawl, but he does project the laconic quality typical of a Southern gentleman, although his sleek enunciation suggests a cool refinement that's more New York than Memphis. J.S.H. © AudioFile 2016, Portland, Maine [Published: FEBRUARY 2016]