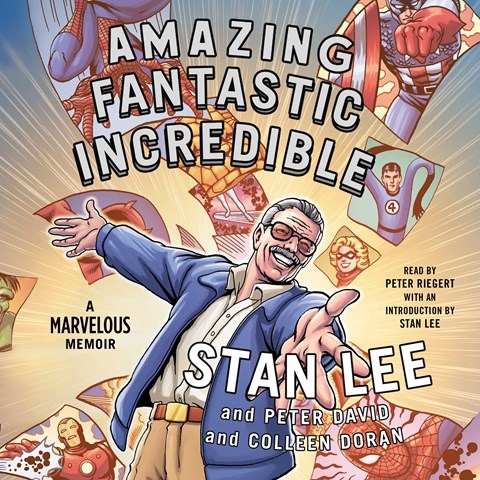 Narrator Peter Reigert had a lot to live up to in being Marvel Comics honcho Stan Lee's alter ego in his memoir about his life in comics. Even with an introduction by Lee himself for comparison, Reigart does an “amazing, fantastic, incredible” job bottling Lee’s enthusiasm and tendency to speak in superlatives. Lee recounts how, as a poor kid in New York, he stumbled into a job in the fledgling comic-book industry and over a period of 20 years helped to transform it into something amazing. Based on a graphic novel, which is also pretty amazing, the audiobook offers a peek into the bizarre world of comic creators and the even stranger life of one of the industry's most important voices. M.S. Winner of AudioFile Earphones Award © AudioFile 2016, Portland, Maine [Published: JANUARY 2016]