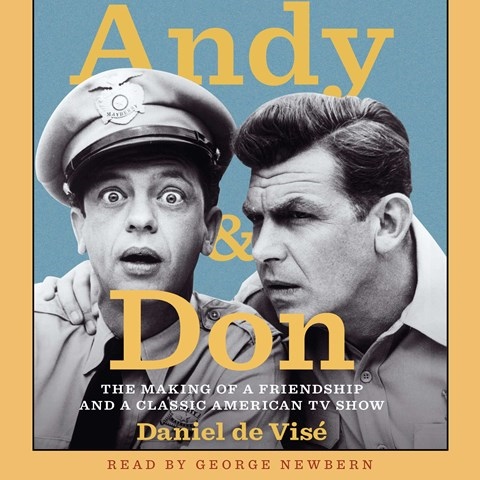 Newspaper journalist de Visé, who is actor Don Knotts's brother-in-law, offers a dual biography of actors Knotts and Andy Griffith--both in front of and behind the cameras. Despite George Newbern's consistent, workmanlike delivery, the effort is marred by numerous mispronunciations, mostly concerning show business names, jargon, and entities. Works such as the play and film NO TIME FOR SERGEANTS and the TV situation comedy "The Andy Griffith Show" are explored in depth, and the contrasts between both stars' warm and homey on-screen personalities and their off-screen fiery tempers are attention grabbing. While not perfect, this audiobook and its narration are entertaining. W.A.G. © AudioFile 2016, Portland, Maine [Published: FEBRUARY 2016]