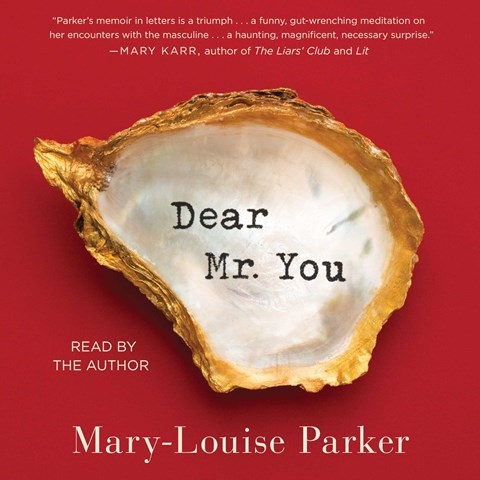 Mary-Louise Parker narrates her own collection of essays in epistolary form. It's a memoir of letters written to often unnamed men--boyfriends, family members--who were significant in and influenced her life. Her gently expressive performance matches her often dry wit and gives her confessions an air of authenticity and intimacy. More crafted than the typical celebrity memoir, Parker's book moves back and forth in time, highlighting moments both funny and serious, as when she contrasts silly college sexual escapades with a humbling lesson in taking constructive criticism from a professor who didn't like her. Parker's blend of mischief, tenacity, intelligence, and sensitivity shines through her performance. Her many fans will enjoy. A.F. 2017 Audies Finalist © AudioFile 2017, Portland, Maine [Published: MARCH 2017]