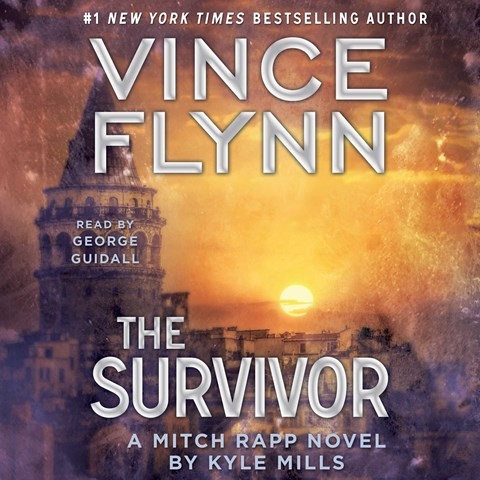 Taking over for author Flynn after his untimely death two years ago, Mills completed this next audiobook in the Mitch Rapp series. Narrator George Guidall returns with his prodigious skills as the voice of the series. Rapp, an elite CIA covert operative, races against Pakistani intelligence services to find a trove of stolen CIA documents before their public release further damages U.S. security. Guidall's gifted storytelling portrays the tension when Rapp's team knowingly walks into an ambush, the animosity between the CIA director and a powerful senator, and the melancholy of Rapp's reminiscences about his life. Guidall brings the fast pace and dramatic emotions of this thriller to the forefront, yielding another superb performance. M.L.R. © AudioFile 2016, Portland, Maine [Published: FEBRUARY 2016]