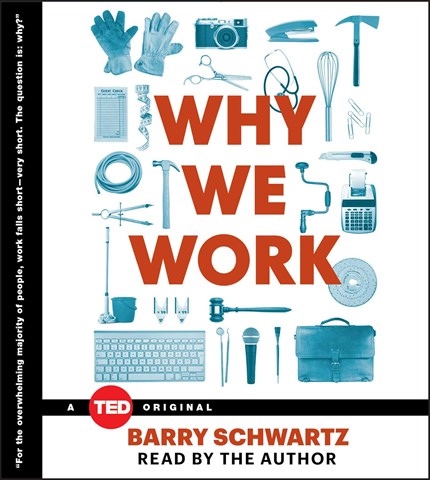 Schwartz delivers an insightful, short commentary on the nature of work and a surprising reorientation to how we understand work, especially work considered to be menial or unskilled. He narrates this extended version of his TED Talk himself, and--though he proves capable, with a steady voice and clear tone--his delivery isn't as compelling for an audiobook as it may be for an 18-minute presentation. He doesn't have the narrative flourishes that a better narrator would utilize when shifting between points and evidence. In the end, the production is worth listening to because of its content, not its narration. L.E. © AudioFile 2015, Portland, Maine [Published: NOVEMBER 2015]