Home»Reviews»YES, MY ACCENT IS REAL 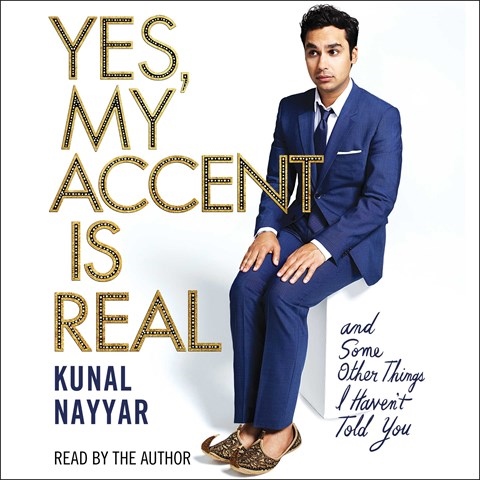 YES, MY ACCENT IS REAL And Some Other Things I Haven't Told You

Kunal Nayyar is the actor who plays astrophysicist Raj Koothrappali on the hit TV show THE BIG BANG THEORY. However, his autobiography is about much more than that, and it's only fitting that Nayyar should narrate it himself. With his lilting Indian accent, Nayyar reveals very personal details about his life. He jokes around one minute, then gets serious talking about the sadness of leaving his family in India to come to the U.S., his professional struggles in acting, and his uncomfortable attempts at romance before finding true love. Telling his story, Nayyar deftly addresses the American Dream, how perseverance can lead to great things, and how love is the greatest triumph. M.M.G. © AudioFile 2015, Portland, Maine [Published: OCTOBER 2015]