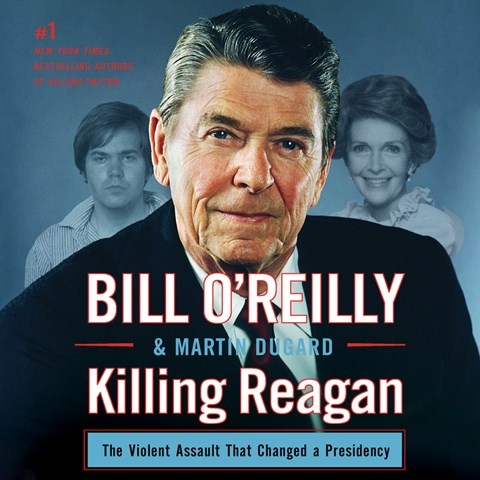 The book begins with the former president's death, carefully described by news commentator Bill O'Reilly. With hardly a pause, Robert Petkoff picks up the narrative using somber tones as the book's chronology jumps all the way back to Reagan's film career. Petkoff increases the pace of the narrative when describing exciting and tense episodes in Reagan's later life, including his governorship in California, 1967-1975; his presidency, 1980-1989; the attempted assassination by John Hinckley, Jr., in 1981; and his death in 2004. Political events, verbal gaffes, and repetitive speeches are recounted in Petkoff's steady tones. Petkoff holds listeners' attention throughout this account of Reagan's life and times. M.B.K. © AudioFile 2016, Portland, Maine [Published: JANUARY 2016]