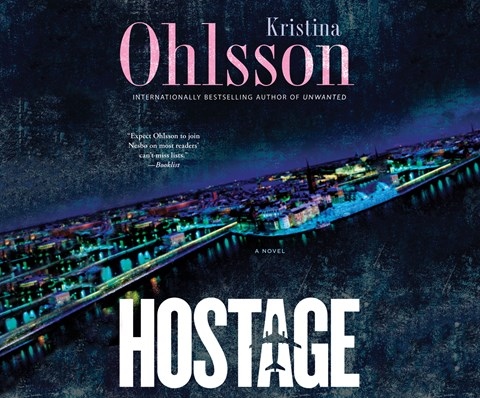 Justine Eyre demonstrates her vocal dexterity in delivering this Swedish thriller. Four hundred hostages are in the middle of a transatlantic flight. The team that stands between them and sudden death is headed by Swedish analyst Fredrika Bergman. This is the fifth book in the crime series that features both Fredrika and Stockholm-based policeman Alex Recht. Eyre brings out the feisty core of Fredrika in a rapid, consistent delivery. Her swift pace carries listeners through the brief chapters and keeps them waiting for more. She provides a capable treatment of both male and female characters, using a husky undertone for Recht. A well-crafted story that maximizes fears about terrorism in public spaces. M.R. © AudioFile 2016, Portland, Maine [Published: MARCH 2016]