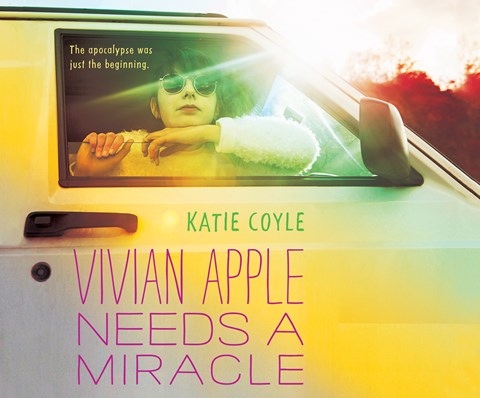 Vivian Apple may or may not get the miracle she needs, but she gets very lucky with Julia Whelan's top-notch performance. Having survived a staged "Rapture" in which thousands disappeared, Vivian and her best friend, Harpreet, are determined to expose the scam being perpetrated by Pastor Frick and his Church of America. As Viv and Harp get deeper into Frick's sinister workings, Whelan keeps the action fast paced and the characters credible. When the church predicts a second Rapture, Viv and Harp hook up with a radical group that is determined to destroy the church by violence. As good as Whelan's performance is, this is not a stand-alone novel. Listeners should first acquaint themselves with VIVIAN APPLE AT THE END OF THE WORLD. S.J.H. © AudioFile 2016, Portland, Maine [Published: JANUARY 2016]