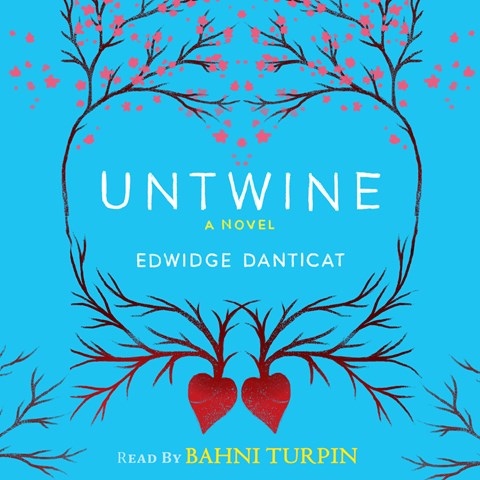 Bahni Turpin's narration of the author's first YA title begins dreamily, wistfully as Giselle lies alone in a hospital bed, trying to piece together what has occurred. She and her twin sister, Isabelle, were born holding hands, as they were doing in the car just before it crashed. Moments before, the family's primary concern had been being late to Isabelle's concert and the parents' impending separation. Turpin's voice grows harsh as a demanding sheriff enters the hospital room and posits that the accident may have been deliberate. Turpin provides emotional anchoring as Giselle floats from guilt to comforting memories of her Haitian grandparents' home, a disjointed history of the twins' unbreakable bond, and Giselle's worries about her now twin-less identity. S.W. © AudioFile 2015, Portland, Maine [Published: SEPTEMBER 2015]