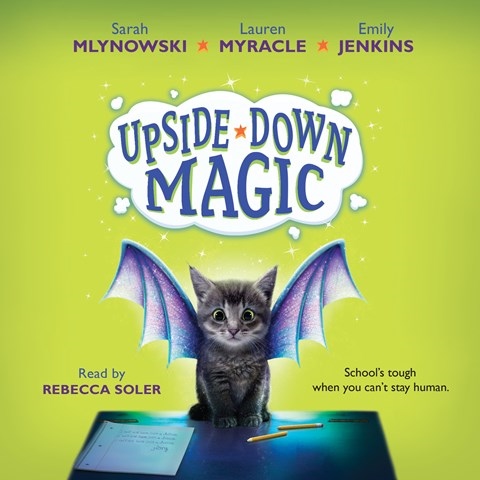 Nory's magic is wonky--her attempts to turn herself into an animal always take a wrong turn into some strange hybrid animal. (The audiobook's cover shows a kitten with wings.) Whenever Nory's transformations derail, Rebecca Soler gives her inner dialogues a dual personality that reflects the combination of animals she's become. Nory's magical wonkiness gets her sent to live with her Aunt Margo, who, to her dismay, enrolls her in Dunwiddle Magic School, for children with upside-down magic. Aunt Margo exudes confidence and positive energy as she guides Nory through the transition to non-wonky magic. Soler gives Nory's teacher, Ms. Starr, a kind and welcoming voice. She individualizes each of Nory's classmates, giving voice to his or her traits--shy, tough and silent, snooty, or friendly and funny--as the case may be. M.F.T. © AudioFile 2016, Portland, Maine [Published: JANUARY 2016]