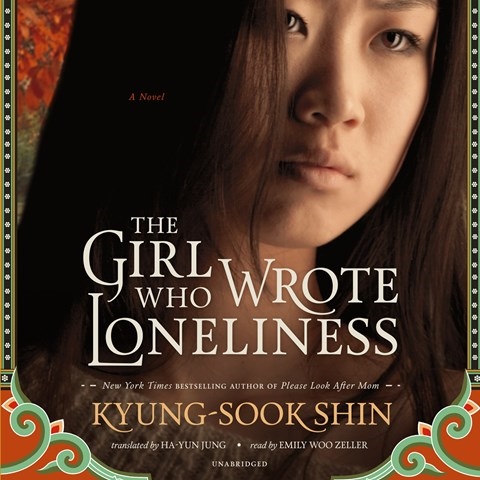 THE GIRL WHO WROTE LONELINESS

This audiobook, called one of the most important Korean novels of the last decade, is now available to an English audience. Narrator Emily Woo Zeller establishes a mournful tone for an unusual coming-of-age story about a Korean girl who goes from being an assembly line worker to a novelist. Most of her story is told in soft, almost meditative, tones as listeners follow her journey from her village, and a family that can no longer afford to raise her, into the city. Zeller embodies the somber mood of this period in Korean history through her precise pace and low pitch. She captures a generation of young people who worked in factories, pulling the Korean economy back to life after the war. M.R. © AudioFile 2016, Portland, Maine [Published: JANUARY 2016]