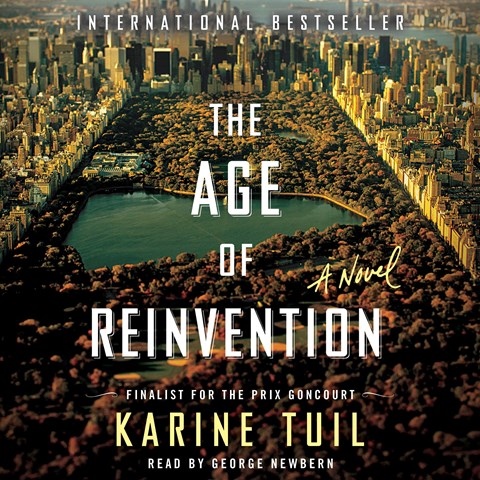 THE AGE OF REINVENTION

George Newbern narrates this provocative novel in a relaxed conversational style that allows Tuil's breathtaking story to sparkle. Sam Tahar, a wealthy New York attorney, learns that a life built on lies will eventually unravel. He can't resist wooing Nina, the ex-lover he lost long ago to his former best friend, Samuel, and this uncontrollable hunger triggers an inevitable downward spiral. Newbern's straightforward dialogue and fast pace sometimes make it difficult for for the listener to identify which character is speaking. But this shortcoming is relatively insignificant because this work stands so strongly on its narrative elegance. It's a dark story, but Newbern's performance doesn't linger on the gravitas. It seems that obsession will destroy only those who deserve it. N.M.C. © AudioFile 2016, Portland, Maine [Published: FEBRUARY 2016]