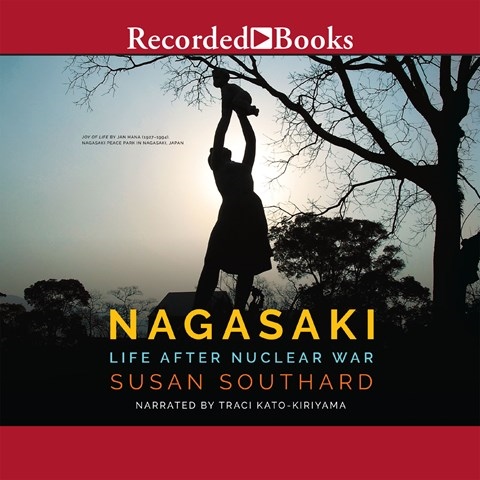 Narrator Traci Kato-Kiriyama's straightforward reading of this book is is a good choice. Otherwise, listening might be unendurable because of the horrors described. Kato-Kiriyama's approach allows the listener to maintain some distance. She does change her tone when she quotes bomb victims, but she delivers the narrative in a controlled manner. The book itself is harrowing. Southard tells of the suffering and misery immediately after the bombing. She also details the censorship and research limitations exercised by the victorious Americans, which harmed the survivors further; the long years of discrimination they were forced to endure; and the battles over the history and justifications for the bombing. While NAGASAKI examines a difficult topic, it's a worthwhile listen. G.S.D. © AudioFile 2016, Portland, Maine [Published: FEBRUARY 2016]