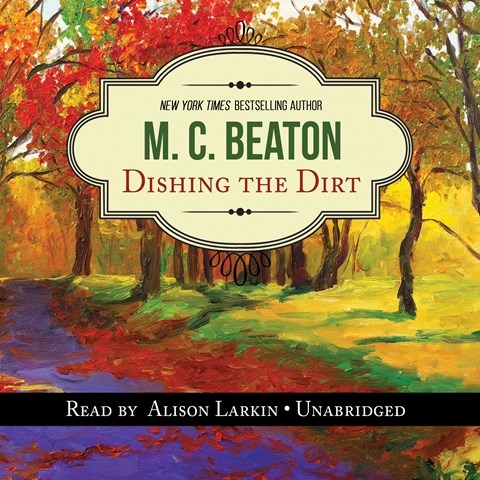 Narrator Alison Larkin gives an enthusiastic narration of this lighthearted mystery. While she doesn't fully inhabit the character of the headstrong, man-hunting, middle-aged private detective Agatha Raisin, she does offer a pleasant reading with a crisp English accent. In this installment of the long-running series, Agatha finds herself a suspect in the murder of a local therapist who has been blackmailing her clients by threatening to reveal their secrets. Using her intuition, pompous attitude, and sheer luck, Agatha sets out to find the real murderer. Larkin's reading is vivacious, but there are several awkward pauses and inconsistencies in character voices that sometimes make it difficult to discern who is speaking. M.M.G. © AudioFile 2015, Portland, Maine [Published: OCTOBER 2015]